Why 197 Military OFFICERS Purged By bho Regime ? Officer Oath Does NOT Include President>

http://joemiller.us/2013/10/obamas-military-coup-purges-197-officers-five-years/
MY TAKE:
The officer oath does NOT include the word – President-
The enlisted oath does include the word-President-
Thus – honorable officers who believe in their oath – must be drummed out by this tyrannous regime–
Be ready my friends–IT is coming!
C-CS
I have written on this many times-here is just one>
http://carolmsblog.blogspot.com/2013/01/bho-only-wnats-military-leaders-who.html

A REAL OFFICER With HONOR:If you Read nothing else - Please Read about Gen Stubillebine!
http://carolmsblog.blogspot.com/2009/06/major-general-stubllebine-us-army.html

and-Remember Gen McAuliffe sending his message  "NUTS" when the Germans demanded his surrender?
It was used in the series too! NUTS!

I love it when classically trained artists have fun!!- With Their ART Form...

Posted by christian soldier at 9:39 PM No comments:

My comment at Joe Miller's post :
http://joemiller.us/2013/10/paul-ryan-co-writing-bill-legalizing-americas-illegal-immigrants/
Carol-Christian Soldier>>>
Hate to say I Told You So--
There is no difference between the Rs and the Ds--
Except for a few - a very few -
They Turn Their Coats when offered $$$ and power--
Benedict Arnold comes to mind-- his plaque at West Point -in the Old Chapel - was erased-not removed- ERASED!!!
Time to erase the R Party and est. A Constitution Party...
Carol-CS
BTW- Joe Miller - will be posting your run -
GO JOE!!
Joe Miller-West Point Grad-Vet - and more:
http://joemiller.us/2013/10/time-take-stand/
Posted by christian soldier at 9:01 AM 3 comments:

When Conyers ( entrenched Mich.  Dem. Congressman  ) and Hollywood movers and shakers  come down on the regime- we know we are in trouble- if they see what we have been seeing enfold --We Were Right!


AND St.Crispin's Day:
http://carolmsblog.blogspot.com/2010/10/today-is-st-crispins-day-lack-of.html
Posted by christian soldier at 11:15 AM No comments:

DRINKS AFTER WORK-Time to Chill-Toby Keith

I love Toby Keith - because he honors our BEST- so - decided to post this for you all--
because WE NEED A BREAK FROM THE STUFF!

Posted by christian soldier at 1:33 PM No comments:

Bonus-SARC- Girly Hats for Marines:
http://nypost.com/2013/10/23/obama-wants-marines-to-wear-girly-hats/
Posted by christian soldier at 8:17 AM 4 comments:

Ted CRUZ-Senator from Texas- got a 15 Minute Standing Ovation


Posted by christian soldier at 12:59 PM No comments:

You may want to know that I drew the illustration of bho (on scroll roll) in 2007--I saw what he was via a real time photo on a major blog's roll and quickly drew my version--Am I a Prophet or What!!! 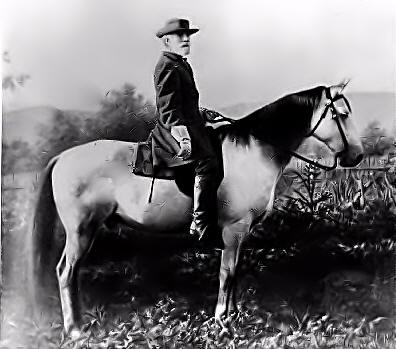 this article from Canada Free Press is a must read-
http://canadafreepress.com/index.php/article/58487

first paragraph of the article:
The United States flag flew at half-mast when Robert E. Lee died!
Lee Chapel at Washington and Lee University is the site of annual programs paying tribute to Robert Edward Lee. On Monday, October 14, 2013, a program commemorating the Washington College presidency of Robert E. Lee on the 143rd anniversary of his death will feature War Between the States historian, Frank O’Reilly. The lecture entitled “Adapt, Improvise, and Overcome: Robert E. Lee’s Greatest Victory at Chancellorsville” will begin at 12:15 p.m.

ASIDE- after studying HIStory - such as -- Lincoln's un- Constitutional  actions- state's rights over Fed.--the fact that slavery was in the Northern states as well as Southern--
and the over bearing Federal Government of many regimes even before  bho's--
I think I would have joined the Confederacy--because - I believe Now- that the Civil War was not just about slavery but about $$$ and Power--and an over bearing Central government.

Last year my Club members did not know what the Folds meant - so- I did a rough draft explaining the Folds- and my friend turned it into a beautiful bulletin- We added the photo of a child accepting the Folds from his Father's casket--that did it!!
As Soon As the Members knew what Patriot Golf Day and the Folds meant- they gave- in just 3 days- $1200 ..
This year- $3100!!
FOLDS OF HONOR FOUNDATION -Site - Read the incident that prompted  Maj Rooney (F-16 Pilot) to start the Folds of Honor to honor our fallen and give aide to the children of our fallen...
This video is also from the FoH site...


http://abcnews.go.com/GMA/story?id=3140316--Christian - the Boy Behind the Iconic Photo-that I used to illustrate to my friends what the Folds Of Honor foundation means to the children of our fallen-- How Marines Adapt to Gov. Shut Down-Need A Smile Moment? - Here it Is >>>

I have followed his art for quite some time- as a classically trained artist myself-it is a joy to 'know' him.-
As with the great artists 'of old' - Goya- Michelangelo-and et al- he uses his God given talent to reveal the TRUTH and the Light and to shed LIGHT on the Dark Side--
Tell me what you think of his artful Truth Telling>>>

Go to his site- it will bring a smile :
http://www.jonmcnaughton.com/
I Thank "DARIN" whose comment at Crusader Rabbit's site  "reminded" me of  McNaughton-

Will You Stand For Christ when all others remain silent?

From his site-One Nation Under Socialism-


BTW-today Oct 4 - is my Birthday--this post is a Birthday Present to myself (-:
Posted by christian soldier at 7:28 AM 8 comments:

THANK YOU for the link explaining the Bonus Army-

My Comment At Crusader Rabbit-
Looks like the officers mac arthur -eisenhower -patton did not take their oath seriously- officer oath does NOT include the word President!!
My esteem for the three is no longer!!
Why Do I have to go to my Aussie-NZ sites to get Truth?
http://falfn.com/CrusaderRabbit/?p=19703

Thank you - too- Rabbit - for the Levin link!! He is the only one in the media whom I really trust!!
C-CS
BONUS ARMY-comment at the above-
http://www.eyewitnesstohistory.com/snprelief4.htm

I' ll clarify this post at a later time- right now - I have to sort the betrayals-
Posted by christian soldier at 8:58 AM 3 comments:

He Was Only 66 Years Old!--
http://finance.yahoo.com/news/tom-clancy-dead-celebrated-thriller-141800682.html;_ylt=A2KJ3CQVLExSLHAAslHQtDMD

This article has more photos-
http://www.foxnews.com/entertainment/2013/10/02/tom-clancy-dies-at-age-66-according-to-multiple-media-reports/
Posted by christian soldier at 8:37 AM No comments:

Smokey and the Bandit-Inspirational!! A Gut Laugh- for Me!!

Thanks to Darin -from his comment at Crusader Rabbit-

Posted by christian soldier at 7:50 AM No comments:

Thank You Joe Miller for the LOL!!
http://joemiller.us/2013/09/saturday-night-live-mocks-obamacare/

Posted by christian soldier at 11:07 AM No comments: