I read about this in 1996--
but NOW (national organization for women ) and other PC groups including the MSM  suppressed the findings that Abortion and BREAST CANCER were linked!!
Protection of Women and Babies was not a propriety to the above groups--
Women- You've been "HAD"--and it is time for NOW to go!!
http://www.wnd.com/2013/12/stunningly-huge-cancer-threat-uncovered/


A new meta-analysis of studies concludes that a single abortion raises the risk of breast cancer for a woman by an astonishing 44 percent.
Read more at http://www.wnd.com/2013/12/stunningly-huge-cancer-threat-uncovered/#FWcbWuwdh9FD2W7V.99
Posted by christian soldier at 8:58 AM 6 comments:

Bold--Michigan Congressman -Mike Rogers- Says It All About the Federal Govt. Intrusion- Punish & Weaken the Strong-

His speech  before Congress-BRAVE-BOLD-it was on obama care- but he added other improtant govt intrusions:watch before it is removed...
http://safeshare.tv/w/zwhKdMtFHf
Posted by christian soldier at 9:32 AM 2 comments:

I am pleased to know that there are those who know the reason they are in trouble- boarded houses-folks out of work- they blame the elite  Dems--
Detroit has fallen because of the tactic of the Sharptons  of the world... Chicago is on the way>>>>


This from Republican Mother's Site
Posted by christian soldier at 7:13 PM 4 comments:


I 'swiped' this wonderful piece from Marine 4 Ever--because I could not  state /nor illustrate the birth of our LORD -JESUS-any better- thank you M4E..

“For God so loved the world, that He gave His only Son, that whoever believes in Him should not perish but have eternal life. (17) For God did not send His Son into the world to condemn the world, but in order that the world might be saved through Him.”
John 3:16-17

May Jesus Christ be with you and your family during this joyous time.

Merry CHRISTmas to all!
Posted by Marine4Ever at 16:47
Posted by christian soldier at 11:43 AM 4 comments:

After reading the article - w./ my  "follow the $$$" point of view--I know why our BEST are being sacrificed via UN - other $$$ folks>>>>OIL-
At least bho sent aid to evacuate our embassy-unlike his lack of aid to our consulate in Benghazi--
GET US OUT OF THE UN and DRILL OUR OWN OIL!!
http://hosted.ap.org/dynamic/stories/A/AF_SOUTH_SUDAN_US?SITE=AP&SECTION=HOME&TEMPLATE=DEFAULT&CTIME=2013-12-21-07-08-38
a couple of excerpts from article:
"An International Crisis Group expert on South Sudan told The Associated Press on Friday that rebels have taken control of at least some of South Sudan's oil fields, an issue that could bring Sudan into the conflict. South Sudan's oil flows north through Sudan's pipelines, providing Khartoum with much needed income."
"U.S. President Barack Obama earlier this week dispatched U.S. troops to help protect the U.S. Embassy in the capital, Juba." 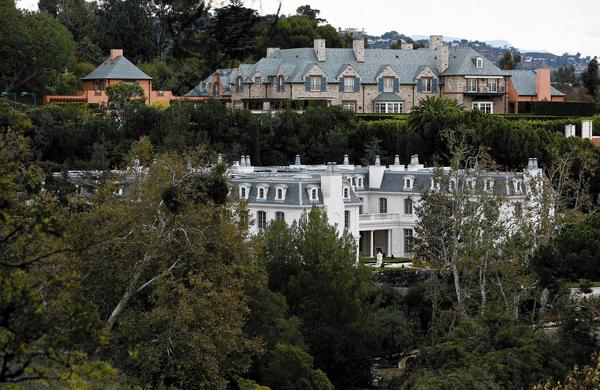 I wonder if a big $$$ human is benefiting >> w/ the blood of our BEST>> and the $$$ of US taxpayers-so  a 60,000 sq. ft . mansion could be purchased in Bel Air- CA--
Edited quote from article -about the -- use of another large home in the area:
"..use their Angelo Drive residence to raise money to benefit the environment, UCLA and other causes. In the two years they've occupied the house, with its children's wing and soaring hotel-scale atrium, they have held scores of events. At a November gathering for foster youth, Gov. Jerry Brown and former Mayor Antonio Villaraigosa were among the guests."

Just a thought!! There seems to LOTS of MONEY for some--but not for our Troops--Hmmmmm

Do I mind that folks have the money for such homes- NO- I do not mind--in fact--I have decided that I am thinking too small--
When I have such large sums of $$$ I will be using my house and my jet to benefit our troops and abandoned children and for the PRO-LIFE Charity that I founded!!
Posted by christian soldier at 10:25 AM 8 comments:

Benfits for our BEST and their families -CUT- while $$ go to illegals-the mid east-and Congressional Perks-
and- the traitor RINOS who voted for the cuts-shame- mc cain- murkowsky (sp)- and et al--
Thank you ABBA for this-
BTW- Why do our BEST continue to volunteer!!

Posted by christian soldier at 8:22 AM 9 comments:

Only Two People Who Ever Died for Me-Soldiers and JESUS

Folds of Honor (if you are a golfer-look to Patriot Golf Day)
Operation Gratitude (here in LA-CA)
Operation Support Our Troops (West Point Parents Association)
There are many more--and I am so glad there are!!
Posted by christian soldier at 12:54 PM No comments:

Thank you-William Stout- for this wonderful view of Christmas--This is a must Read- My Friends...
http://knightnblu.blogspot.com.au/2013/12/why-christmas-matters.html


Posted by christian soldier at 7:28 AM No comments:

I like this because I get to see "my" cadets on the West Point Marching field (-: at the end--(-:

US Sheriffs Stand for the CONSTITUTION-and The SECOND Amendment

When the woman stated that the Constitution was not a living -breathing document- the video "had my attention" to the end!!

http://cspoa.org/sheriffs-gun-rights/
Posted by christian soldier at 9:42 AM 2 comments:

R from California Asks Adminstration "officials" -How many Taxpayer $$ and How Many Troops Lost in Afghanistan?- They Could not answer!!

"Rep. Dana Rohrabacher (R., Calif.) had a simple question Wednesday for three of the Obama administration’s top Afghanistan specialists: How many American troops have been killed in Afghanistan this year?
None of the witnesses at the House Foreign Affairs Committee hearing on Afghanistan had an answer."
and:
"Foreign Relations Committee Chairman Ed Royce (R., Calif.) later noted that the U.S. spends about $6.7 billion a month on the war in Afghanistan."

$6.7 BILLION A MONTH is a bit different than the bho person's guess of $ 2 billion a YEAR!!

When are We Christians going to say ENOUGH?
Posted by christian soldier at 9:03 AM 2 comments:

Boehner is a Traitor to the Constitutional Principals-No More Vote For The LOTE!!-Go Get Them -- Lee - Cruz-Palin

http://video.foxnews.com/v/2931228525001/sen-mike-lee-explains-opposition-to-budget-deal/?playlist_id=2114913880001
Same old - same Old- RINO Rs continue the LOTE scenerio-
LOTE-Lesser of Two Evils- we must get any republican in no matter what that republican  stands for-
I am a Recovering Republican - How about a CONSTITUTIONAL PARTY--
NO MORE VOTES FOR THE LOTE (S)
Posted by christian soldier at 8:54 AM 2 comments:

ARMY Rangers Lead the Way--Need a LOL- This Is It!!>>GO ARMY

http://www.youtube.com/watch?v=pDsfQt78o4w
h/t Blackfive- my side roll
Posted by christian soldier at 2:55 PM 1 comment:

Mandela Revealed-communist - w/ LOTS of US Taxpayer $$$ given to him!

"Politicians lie, but this was a whopper, designed for the purpose of turning South Africa and its strategic materials over to the communists. The perfect front man, Mandela had always denied being a party member and, for the benefit of foreign audiences, publicly rejected Marxism as a "foreign ideology" as recently as a few years ago. It appears that was just a ploy to keep the foreign aid coming. South Africa has been among the top ten recipients of U.S. foreign aid, getting close to $500 million in fiscal year 2013.

Now that we know what's going on, what will we do about it? Three American presidents – Obama, Clinton, and George W. Bush – are going to South Africa for his state funeral on December 15. Obama has ordered American flags to remain at half-staff in his honor until sunset on December 9. The con will continue. Still, the facts matter."
http://www.renewamerica.com/columns/kincaid/131208

and read the articles on the link's side roll-

BTW!!-the US flag is to be flown at half mast for US CITIZENS ONLY!!!
Posted by christian soldier at 10:14 PM 2 comments:

Jesu Joy and other CHRISTian songs--WOW

Thank you GoV
Posted by christian soldier at 7:27 PM 5 comments:

Have You Heard of Operation Finally Home?-Homes for Our BEST and Their Families-

Dec 4,1945-A Day of the Loss of US Sovereignty-A Senate Vote That Will "Go Down In Infamy!"

I have no respect  for FDR- so- I 'swiped' his phrase from the speech about the Japanese attack on the Pearl Harbor...and used  it for the attack and win against the Constitutional Sovereignty of the US-by getting us in the US into the debauched "United" Nations>>>
http://www.thenewamerican.com/culture/history/item/17089-december-4-1945-the-day-the-senate-surrendered-our-sovereignty
Three paragraphs from the wonderful article via the link-:>>>

"While the proposed Constitution was still before the states for ratification, another of the Framers, Alexander Hamilton, wrote in The Federalist, no. 69 that the president's authority as commander-in-chief of the army and navy would be considerably inferior to that of the British monarch. "It would amount to nothing more than the supreme command and direction of the military and naval forces, as first General and admiral of the Confederacy," Hamilton wrote, "while that of the British king extends to the declaring of war and to the raising and regulating of fleets and armies — all which, by the Constitution under consideration, would appertain to the legislature."
Congress last issued a formal declaration of war in December of 1941, when the United States entered World War II. President Truman's commitment of American forces to a United Nations "police action" in Korea started the nation down the road of a seemingly endless series of undeclared wars in Vietnam, the Dominican Republic, Bosnia, Somalia, Iraq (twice), Libya, and Afghanistan and other places where our armed forces have been sent to fight and often to engage in the kind of "nation-building" ill-suited to a military mission and which our Constitution in no way authorizes.
We have seen in recent years an erosion of constitutional liberties that has accompanied the ever-expanding role of America as the world's policeman. The ultra-secret National Security Agency continues to intercept our phone calls and e-mails, while Congress annually authorizes the president to detain terror suspects, including American citizens, indefinitely, without charge or trial. Meanwhile the trillions of dollars of war debt we have accumulated in Iran and Afghanistan pose an economic threat to our nation's security."

President George W. Bush Visited the Hospitalized Wounded at Ft Hood -B Hussein O Did Not--

As you all know- I do not trust anyone in Washington or the GOP-but- this story shows me that Pres Bush is a truly honoraable man - Fanfare means little to him--
GWB actually got in his car - w/o escort- drove to Ft Hood-and visited the wounded in the hospital- (til bho ordered him to leave-)
bho flew to Ft Hood days later for a photo shoot -  & did not visit the wounded in the hospital-
b hussein obama-is all about "LOOK AT ME" and has no honor-(my take)
Thank you commoncents-
http://www.commoncts.blogspot.com/2013/12/president-george-w-bush-class-act-all.html

BTW- I no longer trust snopes-& factcheck is still on the table--
Posted by christian soldier at 8:23 AM 2 comments:

The link between Breast Cancer and Abortion is old news to me-
I read about it yeeears ago--
NOW and other Pro-Death entities forced the scientific study to be suppressed and there were no blogs at the time- so-
The Death Stream media hid the warning-that would have saved many women from Breast Cancer --and saved the lives of their un-born children!

Well- the Chinese have done the study again- linking Breast Cancer to Abortion-
http://joemiller.us/2013/12/study-finds-increased-risk-breast-cancer-abortion-chinese-women/
Posted by christian soldier at 11:55 AM 4 comments:

I  have "found" another candidate whom I will support with my $$$$-
Dan Bogino>>
http://www.wnd.com/2013/12/obamas-secret-service-agent-drain-d-c-cesspool/

and here is my other candidate-Joe Miller
http://joemiller.us/2013/12/price-must-paid-preserve-freedom/
Posted by christian soldier at 11:35 AM 2 comments:

Save Your Old Car Batteries-LEAD Is Now Valuable -

Your Govt's EPA says-no more lead production-
No lead- No Bullets-
So- use your used batteries--(-: for>>>>
http://joemiller.us/2013/12/backdoor-gun-control-lead-means-bullets/
Thank you Joe and Allen West-