Hitler established total control of the Ed System in Germany- control the Ed and you control the children who would be 'sheep' followers of tyranny--
Read this and let me know if you see this tyranny in the US--
http://www.wnd.com/2014/08/homeschoolers-win-over-cops-with-battering-ram/

So Awesome- viewed an hour of Cavuto - last night -showing the cadets & midshipmen of the Four Academies in competition  - against the best cyber hackers - USMA - West Point - won!! 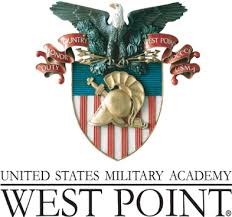 Posted by christian soldier at 9:50 AM 2 comments:

Two "Lessons" on the HIStory of Israel and Islam

Leave It To Congressman Gowdy to Hire a Man of Honor-Gen.Chipman- For Benghazi Expose-

and-I had a gut feeling on this- Gen Chipman is  a Graduate of West Point-
the "OLD" West Point before the PC  crowd removed the Christian Bible -from our military- at the Academies/bases and front lines--
http://www.airforcetimes.com/article/20140821/NEWS05/308210058/Gowdy-hires-retired-Army-3-star-Benghazi-probe

I could be a Danish/.Scott Irish/Dutch - WHITE American -OR I could say that I am An AMERICAN-
-and that is what I say>>>
un-like those who are continual "victims" - the Racist -Blacks--
There are other hyphenated Americans-but- I 'll let Michael Richards take it from here>>
BTW-Go Michael!!-you are so Right On!!..

Michael Richards better known asKramer from TV'sSeinfeld does make a good point.
This was his defense speech in court after making racial comments in his comedy act.
He makes some very interesting points...
Someone finally said it. How many are actually paying attention to this?
There are African Americans, Mexican Americans, Asian Americans, Arab Americans, etc.
And then there are just Americans.. You pass me on the street and sneer in my direction.
You call me 'White boy,' 'Cracker,' 'Honkey,' 'Whitey,' 'Caveman'... And that's OK...
But when I call you, Nigger, Kike, Towel head, Sand-nigger, Camel Jockey, Beaner, Gook, or Chink .. You call me a racist.
You say that whites commit a lot of violence against you....
So why are the ghettos the most dangerous places to live?
You have the United Negro College Fund. You have Martin Luther King Day.
You have Black History Month.
You have Cesar Chavez Day.
You have Ma'uled Al-Nabi.
You have the NAACP.
You have BET....
If we had WET (White Entertainment Television), we'd be racists.
If we had a White Pride Day, you would call us racists.
If we had White History Month, we'd be racists.
If we had any organization for only whites to 'advance' OUR lives, we'd be racists.
We have a Hispanic Chamber of Commerce, a Black Chamber of Commerce, and then we just have the plain Chamber of Commerce.
Wonder who pays for that??
A white woman could not be in the Miss Black American pageant, but any color can be in the Miss America pageant.
If we had a college fund that only gave white students scholarships... You know we'd be racists.
There are over 60 openly proclaimed Black Colleges in the US ..
Yet if there were 'White colleges', that would be a racist college.
In the Million Man March, you believed that you were marching for your race and rights.
If we marched for our race and rights, you would call us racists.
You are proud to be black, brown, yellow and orange, and you're not afraid to announce it.
But when we announce our white pride, you call us racists.
You rob us, car jack us, and shoot at us.
But, when a white police officer shoots a black gang member or beats up a black drug dealer running from the law and posing a threat to society, you call him a racist.
I am proud...... But you call me a racist.
Why is it that only whites can be racists??
There is nothing improper about this e-mail..
Let's see which of you are proud enough to send it on.
I sadly don't think many will.
That's why we have LOST most of OUR RIGHTS in this country.
We won't stand up for ourselves!
BE PROUD TO BE WHITE!
It's not a crime YET.... But getting very close!

:( sad thing is that it is not only the Mexicans that do this, many other ILL legals do the same thing.. just :( and not much we can do about it.. since our borders are not guarded..........

Govt " ROYALS"-Voted Themselves to Be So -Your Tax $$$ and Mine

We must support this...pass it on and let’s see if these idiots understand what people pressure is all about.

I think we found where the cuts should be made! If you agree pass it on, I just did.

Warren Buffet, in a recent interview with CNBC, offers one of the best quotes about the debt ceiling:

"I could end the deficit in 5 minutes," he told CNBC. "You just pass a law that says that anytime there is a deficit of more than 3% of GDP, all sitting members of Congress are ineligible for re-election.

The 26th amendment (granting the right to vote for 18 year-olds) took only 3 months & 8 days to be ratified! Why? Simple! The people demanded it. That was in 1971 - before computers, e-mail, cell phones, etc.

Of the 27 amendments to the Constitution, seven (7) took one (1) year or less to become the law of the land - all because of public pressure.

Warren Buffet is asking each addressee to forward this email to a minimum of twenty people on their address list; in turn ask each of those to do likewise.

In three days, most people in The United States of America will have the message. This is one idea that really should be passed around.

A Congressman/woman collects a salary while in office and receives no pay when they're out of office.

3. Congress can purchase their own retirement plan, just as all Americans do.

4. Congress will no longer vote themselves a pay raise. Congressional pay will rise by the lower of CPI or 3%.

6. Congress must equally abide by all laws they impose on the American people.

Congress made all these contracts for themselves. Serving in Congress is an honor, not a career. The Founding Fathers envisioned citizen legislators, so ours should serve their term(s), then go home and back to work.

BTW-my posting will be light- due to situations here at home--
Posted by christian soldier at 8:17 AM 9 comments:

Understanding Islamic violence; how to defend our freedoms

Thank You IBA for the heads up

Posted by christian soldier at 9:02 AM 17 comments:

The GOP/RNC- Should Follow and Show This Video -BOLDLY


"found" on Facebook - Thanks Tony= and on Mustang-Thanks Mustang---