I keep threatening to take this up> How Many Steps!!!! ?
http://www.youtube.com/watch?v=eZfw6JpLyJI

to note: Gen James Clapper-(AF ROTC)--Gen Keith Alexander-(USMA - West Point-same class as Gen. David Petraeus and Gen Martin Dempsey)--My research findings as to where they were educated--
A person I trust told me once-"Don't think that West Point or AFA are perfect."
I am losing respect for the Military Academies--

Summation of Judge Nepolitano's article--:
Think about that: The very people in whose hands we have reposed the Constitution for preservation, protection, defense and enforcement have subverted it.
Snowden spoke the truth. Knowing what would likely befall him for his truthful revelations and making them nevertheless was an act of heroism and patriotism. Thomas Paine once reminded the Framers that the highest duty of a patriot is to protect his countrymen from their government. We need patriots to do that now more than ever.
http://www.gopusa.com/commentary/2013/06/27/napolitano-the-truth-shall-keep-us-free/?subscriber=1
Of Course- I read the entire article- thus - my research on the "GOOD" Generals -SARC--
Posted by christian soldier at 9:12 AM 3 comments:

Should I be Flattered- My Illustration Was Executed 4+ Years Ago -

BTW-to remind- I wrote about rhinos infiltrating the playing table of the elephants--in 1993-and then told  my friend that a certain R LA mayor was a Republican In Name Only a RINO--she took it and ran with it--had RINO buttons made for a major Republican convention in the mid '90s ..the rest in history--
Wish I had copy written  the 1993 story and the acronym--RINO back then----I'd be wealthy now- HUH!
http://carolmsblog.blogspot.com/2010/04/from-rino-to-rino.html
The story is copy written now --

If this scenario is true-I am pissed!!   and I do  believe there is a Military industrial complex where folks make $$$$ on the backs of our BEST!!-
http://www.infowars.com/iraq-vet-kills-himself-after-being-ordered-to-commit-war-crimes/
You who have been in combat- please give me your take--
Posted by christian soldier at 10:03 PM 6 comments: 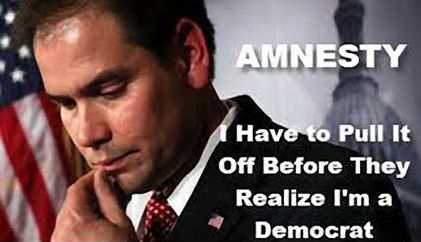 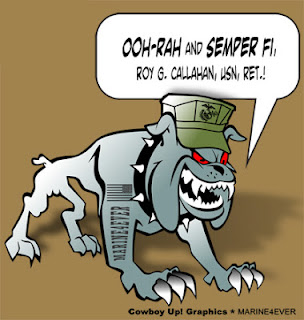 The Court declared the teacher’s actions in punishing Daniel Glowacki for expressing his beliefs against homosexuality violated “Daniel’s First Amendment rights.”  In its findings of fact—the Court described how the teacher initiated a discussion about homosexuality.  The teacher wore a purple t-shirt and was promoting the homosexual agenda.  In response, the Plaintiff, 16 year-old Daniel Glowacki stated that homosexuality was against his Catholic beliefs.  The teacher, admittedly, became angry and threw Daniel out of class because he disagreed with Daniel’s beliefs.

The Court’s opinion echoed the longstanding legal precedent that “students do not shed their constitutional rights to freedom of speech or expression at the schoolhouse gate.”  Tinker v. Des Moines Indep. Cmty. Sch. Dist., 393 U.S. 503, 506 (1969).

The teacher argued that Daniel’s speech that his religion did not approve of homosexuality was a bullying statement.  However, Judge Duggan, citing several cases, disagreed (citations and quotations omitted).

While the Court certainly recognizes that schools are empowered to regulate speech to prevent students from invading the rights of other students, people do not have a legal right to prevent criticism of their beliefs or for that matter their way of life.  Relatedly, a listeners’ reaction to speech is not a content-neutral basis for regulation.  While a student or perhaps several students may have been upset or offended by Daniel’s remarks, Tinker straight-forwardly tells us that, in order for school officials to justify prohibition of a particular expression of opinion, they must be able to show that this action was caused by something more than a mere desire to avoid the discomfort and unpleasantness that always accompany an unpopular viewpoint. Simply put, the law does not establish a generalized hurt feelings defense to a high school’s violation of the First Amendment rights of its students.


Thomas More Law Center attorney, Erin Mersino was the lead counsel in the lawsuit.    It is expected that the teacher will appeal the decision.

“The purpose of our lawsuit was to protect students’ constitutional rights to free speech, defend religious liberty, and stop public schools from becoming indoctrination centers for the homosexual agenda.”

The ACLU appeared in the case as amicus and supported Daniel’s position against the teacher.
Posted by christian soldier at 10:21 AM 1 comment:

One of My Favorite Authors Has Died-Vince Flynn

He died so young- 47- I have read all of his books--He was a Truth Teller!
/2013/06/19/best-selling-author-counterterrorism-thriller-novels-vince-flynn-dies-at-age-47/
Posted by christian soldier at 6:17 AM No comments:

Did You Know That Our US Children are "HUMAN CAPITAL" ?!!-Common Core -GVT Control of Schools-

Well guys- we allowed this travesty- gvt "program" after gvt "program"-
As I have been saying- IT IS TIME TO TAKE BACK OUR EDUCATION SYSTEM!!
This video 'follows the $$$' and gives a great overview :

My comment on the video below to Always on Watch's site:
The iron fist of the IRS started as 'small camel's nose in the tent of freedom' by Lincoln - to fund the war between the states- called the RS--
The Dark Side always uses 'small steps'

Do not forget the usurpation of the U.S.'s once excellent Ed System--starting in the early 1900s--
No college grad could pass the U S 8th grade test of 1896!-my post link

Will be passing this video along--
Thank you for it--I even watched the whole thing!
I hope the producers will be protected--I am concerned about the safety of Truth tellers-

Getting up at 5:30 AM helps!!
C-CS
Take the time to watch this video-there are warning  quotes from the Founders - and it is right on!!

http://alwaysonwatch3.blogspot.com/2013/06/video-collapse-of-american-dream.html
Posted by christian soldier at 8:23 AM 2 comments: 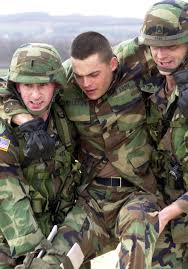 Posted by christian soldier at 6:00 AM 3 comments:


with her was-http://freedomremembered.com/index.php/lt-col-todd-j-clark/
up -date - Californians/Produce awesome video of our BEST - a real trubute-
http://www.foxnews.com/entertainment/2013/06/14/emerging-band-secret-state-granted-unprecedented-access-from-us-army-to-shoot/?intcmp=features
Thank you SECRET STATE--
I love it when folks use their talents and skills for our BEST-Go ARTISTS!!

my question-Can We Bring Them Home Now!!??

http://www.youtube.com/watch?v=b9ee8wcnzMg
Posted by christian soldier at 1:58 PM No comments:

The only way we will be able to re-CONSTITUTION-alize- the Republic is to take back the ED System>>>
http://www.breitbart.com/Big-Government/2013/06/07/Report-Growth-in-Homeschooling-Outpacing-Public-Schools

This will be part of the education-
http://www.youtube.com/watch?feature=player_embedded&v=wvJAgrUBF4w#!
Posted by christian soldier at 12:36 PM 3 comments:

Some call Snowden a traitor- what do we call those in the  IRS !?
I love cartoons:
http://www.gopusa.com/cartoons/2013/06/11/governments-big-eye/#comments
Posted by christian soldier at 7:52 AM 1 comment:

Great WW II Pilot Story and New Site (for me)

You all are going to love this-Spit Fire Pilot FOUND-He flew photo recon  in WW II - no weapons-!
He flew the P-38 - didn't like it--(you all know that my uncle flew the P- 38 + other planes)
Guess I'll be adding the Spit Fire to my favorites list!

in spite of PC -ism- coming from the admin and the DoD-
http://www.worldmag.com/2013/05/rear_admiral_vows_to_continue_sharing_faith

"Lee mentioned last year’s record high number of military suicides, 349—roughly one per day—and said every 65 minutes a military veteran will take his or her own life. “I want you to remember that number,” he said."

Read the rest via the link above.

b Hussein o Is Desecrating the US Military Codes of Conduct--

I got an head's up when I was told that Bibles were not to be sent in my boxes to the troops in 2002! so it is not just bho!!

This is a partial list of bho's sabatoge of our Military-
Just before a combat operation, military personnel flock to the Chaplains for their blessing, or meditate quietly in their own solitude; when they become Prisoners of War, they lean on their faith and the Code of Conduct to give them strength. Obama’s Social Experiment on Diversity, outlined in new regulations, has been forced upon members of the US Armed Forces, military chaplains, and the civil service employees that support the US military programs. They have attempted to diminish the fundamental Judeo/Christian concepts that have been the foundation upon which the US Armed Forces was built to strengthen it for 238 years.
__________________________________________________
Aggressive anti-Christian actions by the Obama Administration are real, documented, and are escalating:
1. January 2010 — Department of Defense orders removal of tiny Bible references on military scopes and gun sights.
2. June 2011 — The Department of Veterans Affairs forbids references to God and Jesus during burials at National Cemetery.
3. August 2011 — The Air Force stops teaching the Just War theory because it is based on a philosophy of St. Augustine.
4. September 2011 — Air Force Chief of Staff prohibits commanders from notifying airmen of religious programs.
5. September 2011 — The Army issues guidelines to Walter Reed Medical Center stipulating that no religious items (i.e. Bibles, reading materials) are to be given to the wounded.
6. November 2011 — The Air Force Academy rescinds support for Operation Christmas Child because it is run by Christians.
7. November 2011 — The Air Force Academy pays $80,000 for a Stonehenge-type worship center for pagans, druids, and witches.
8. February 2012 — The U.S. Military Academy disinvites decorated war hero LTG William “Jerry” Boykin, USA (Ret), and FRC Executive VP, because he is an outspoken Christian.
9. February 2012 — Army orders Catholic chaplains not to read archbishop’s letter from pulpit (Pilgrims fled England because they were prevented from free speech from pulpit)
10. May 2012 — Obama administration opposes legislation to protect the rights of conscience for military chaplains who do not wish to perform same-sex “marriages.”
11. June 2012 — Obama administration revokes the long-standing U.S. policy of allowing military service emblems to be placed on military Bibles.
12. August 2012 — Lt. Col. Jack Rich, USA e-mails subordinates saying they should be on the lookout for people who share FRC’s values because they are not “Army Values.”
13. January 2013 — Obama announces his opposition to a provision in the 2013 National Defense Authorization Act protecting the rights of conscience for military chaplains.
14. April 2013 — Officials briefing for U.S. Army Reservists states examples of “religious extremism” includes “Evangelical Christianity”, “Catholicism”, and “Islamic Jihadist Terrorism” in organizations like Al-Qaeda, the Muslim Brotherhood, and Hamas.
15. May 2013 — The Pentagon meets with Mikey Weinstein and the Military Religious Freedom Foundation (MRFF) who is trying to establish new rules which would restrict the religious freedom of Christian and Jewish military personnel (they shouldn’t have even given such a radical anti-Christian an audience).
On November 5, 2009 at Fort Hood, a devout Muslim, Maj Nidal Malik Hasan, USA (A. K. A. “Abu Wali”), who had been communicating with Al Qaeda terrorist cleric, Anwar Al-Awlaki, in a series of 20 E-mails, shouted at the top of his lungs, “Allah Akbar”, and used two hand guns to kill 12 US military personnel, while wounding 31 US military and law enforcement personnel. It was a radical Islamic terrorist attack against American Christian military personnel executed on a US military base; Al Qaeda spokesman, Adam Gadahn, praised “Abu Wali” as a Mujahid Brother. The Obama administration through its spokesman, the Chairman of the Joint Chiefs of Staff, General Martin Dempsey, insisted it was not terrorism at all, but work place violence.