Remember this BOLD WOMAN- who stood up in the German Lutheran Church because the "leaders" had invited a islam-imam - to speak!!!>>>
http://carolmsblog.blogspot.com/2014/02/german-lutheran-church-invites-imam-to.html
watch her stand up at the "church" and her interview on CBN - BOLD and we need BOLD -NICE is not doing it!!>>>
Posted by christian soldier at 11:04 PM 5 comments:


and the 'agent' took a camera w/ photos of the incident-that belonged to a Scout-Where is it>>>?
SUE the B----tards--
and-Charles V- of the Scout council said that -the Scouts had "..a great lesson in civics>"
REALLY- you stand w/ the out of order Border Patrol agent over your Scouts--
BTW- send those Border Control agents to the Southern  Border-see how they treat illegal folks!! probably w/ kid gloves!!
This post by Jim has garnered the attention that is necessary to wake up the US citizens!!
C-CS
Posted by christian soldier at 11:59 AM 6 comments:

http://www.hollywoodreporter.com/news/lawmaker-push-bill-requiring-dinesh-721053
I agree- sad- there were no young people at the movie showing during the time I was viewing the movie--
it is a GREAT MOVIE BTW 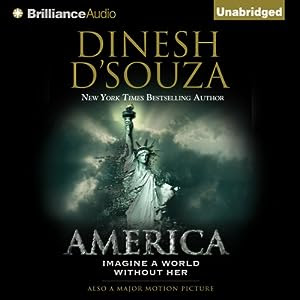 and the POT GROWERS are Murdering Fish !!! - By Draining Rivers and 'stuff'-
http://www.breitbart.com/Breitbart-California/2014/07/23/California-Pot-Farms-Use-50-More-Water-Than-San-Francisco
I just "stole my comment that I  left at Mustang's site-:

The hypocrisy/lies never end- and- here's one for you all- CA has a huge water shortage and the lefties always say they are looking out for the environment- yet - we Californians are threatened w/ fines for watering- yet the POT Growers use more water than SF -and killing fish species by draining rivers here in CA- Guess my adage - "follow the money" holds true here- who in power gets the money?!and POWER over the citizens!?>>>
C-CS
Posted by christian soldier at 8:52 AM 6 comments:

Good for the Veterans-
Reminds me of bho's visits to West Point- the overall response of the Cadets was tepid-
https://www.youtube.com/watch?v=tF6Vs1o-sso

bho's - Rev. Wright- is a Baptist- Do you all think the money trail would lead to him- somehow?
I always say-"Follow the Money"
http://www.thegatewaypundit.com/2014/07/feds-to-open-50-million-resort-hotel-for-illegal-children-complete-with-tennis-courts-sauna-pools/

This is "sticky" because it will take a few days for me and you to read the erudite post- BTW- I love Woodpile - and look forward to the art piece at the head of the very long series of thoughtful articles--
http://www.woodpilereport.com/html/index-378.htm 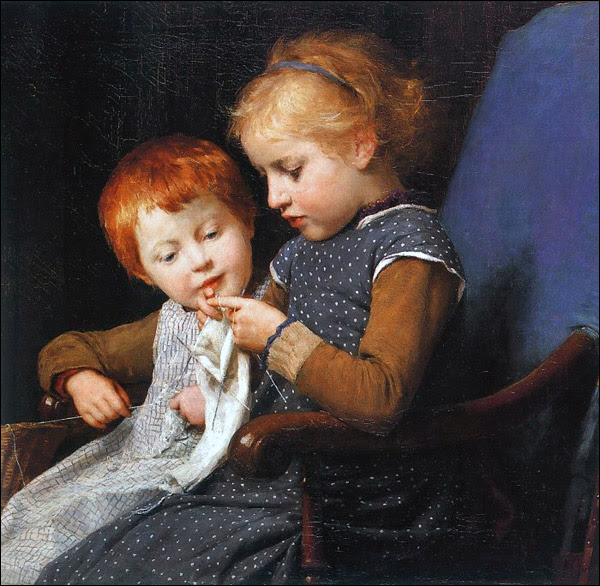 The Little Knitters
Albert Anker 1892
Albert Anker (Ins, Switzerland 1831-1910) was a popular and successful painter of Swiss village life and still lifes in the 19th century. Illustration work steadied up his income. He's often referred to as Switzerland's National Painter, so enduring is his popularity
Posted by christian soldier at 9:00 PM 2 comments:

Pres Jefferson finally got tired of paying the Barbary Pirates (muslims) 20% of the new Republic's GDP so- he sent the new Marines (Shores of Tripoli) and Madison finished the job when tested--
Time for us in the US to Disproportionately =annihilate them!!
I never watched the series-too liberal for me - This video - though - i s right on!!
Thank you Angel!

“Russia also said that America would one day awaken to find that it was a communist nation, and it wouldn’t have any idea how it got there. That realization would lead to the balkanization of the United States of America. The true problem with the USA today is not that our economy is unsustainable or that our government is feckless, it is that we are no longer united as a people. Almost every poll shows a near 50/50 split on any issue, and as we all know, a house divided against itself cannot stand.
Leftist ideals of multiculturalism and diversity has torn apart the fabric of the union and left it in tatters. That process is accelerated by political acrimony and polarization. The poison that the left has poured into the ears of our children has finally borne the fruit that the left has so desperately sought. I am reminded of a story about how a gentleman opposed Adolf Hitler for ideological reasons. Hitler just shrugged the man off and told him that he doesn’t need his support because he will obtain his children’s support through the public schools. The left leaned that lesson well.
Ideology and culture is transmitted via the parents, at least when there is a parent at home to teach it. But in modern times, the public schools have replaced the parents and now teach the doctrine of the state to children regardless of the parent’s views. As a child ages and enters college, his worldview is firmed by colleges and universities. The result is a group of captured voters who vote for the left by a large margin. This is the way that the foundations of America have been eroded.
Add to that the loading of the Federal bench by leftist activist judges, and you soon get the kinds of decisions that override the U.S. Constitution and Federal legislature. One must credit the left for creativity in that they were able to accomplish something to contravene the best intentions of the founders regarding Madison’s Federalist 10. But Ronbo is correct in that America is not merely a nation, it is an idea.
For the first time in five thousand years of recorded human civilization, man was granted the liberty to choose his own path. His rights were inherent, and his sovereignty empowered a government of his own choosing by a contract forged between the people and their government. Men such as Locke, Hume, Rousseau, and other philosophers contributed ideas to the founding of our nation, and our most basic values. But it is often the light that burns brightest, that also burns the shortest.
Like Arthur’s Camelot, perhaps America is nothing more than a shining time that will serve as an example for the future. A time where the dreams of men were realized. But dreams do not die, and freedom is most certainly worth the price of life. What is uncertain is how much men love their children. Our founders did not place their fortunes and sacred honor on the line for themselves. They did it for future generations. So that their children would inherit a world that was better than when they first entered it.
Washington, Madison, Jefferson, Hamilton, and the rest of our founders were not poor men or ill educated. They were men of wealth and position within society. They were educated and aware of the thoughts of the philosophers. They knew history. They picked through the history of Europe, and considered the philosophy of men noted for their reason and thought. They chose that which worked, and denied that which did not. Today we reside in their legacy, but fail to appreciate it.
Post modernism criticizes it. Multiculturalism dilutes it. The left despises it. But no matter how much it is derided, ridiculed, or criticized by those who assume that they know better than the men who founded it, it remains comprehensible by anyone with an open mind and heart. It remains uncorrupted precisely because it is an idea, and that idea speaks to the freedom that yearns in every man’s heart for expression. It is an idea that is frequently spoken of, but seldom appreciated by men who have never sacrificed for it.
Freedom was by no means certain when America’s founders stood up and declared their allegiance to that ideal. Every man that did so risked his very life. Some of the signers of the Declaration of Independence were captured and executed. Some lost their families and homes. Even John Hancock, one of the wealthiest among them, advocated the burning of Boston if the public good demanded it, even though it would have made him a beggar. These men were not wild eyed zealots, but reasonable and responsible men. Men who had something to lose, and they risked it all for liberty.
I am proud to say that my family served that glorious cause on both sides. Though today some of our descendants are less than patriotic about their nation, having fallen to the perversions of education being offered in American public schools these days. But there are still those who remember, and in that memory we are still true to our founders and the values which guided them.
If America does fall, she will forever be remembered. A shining city upon the hill beckoning the downtrodden and oppressed. She will ever serve as an example of the greatness of what was, and what may be again. This is because the idea of America will always offer hope to those who quest for it, and are willing to sacrifice to get it as our founders once did.”
Bravo!
Posted by christian soldier at 10:17 AM 4 comments:

Restoring the American Republic-I Found a New-to me - Site

The militias and how they were obfuscated by Lincoln ( Lincoln's work--my take)
http://commonsensetome.com/2014/06/03/militia-organization-in-times-of-conflict/#comments

Restoring the Constitutional concept  of the militia  - and removing Oath Breakers from office-
http://commonsensetome.com/a-plan-of-action/
Posted by christian soldier at 8:35 PM 2 comments:

http://rare.us/story/watch-these-missouri-teachers-teach-america-how-to-solve-school-shootings-with-real-gun-control/
Read the article / watch the teachers in training--tough training!

56 Men singed the Declaration of Independence- thus- putting themselves at risk of retribution from a tyrannous king and his regime---
http://www.archives.gov/exhibits/charters/declaration.html 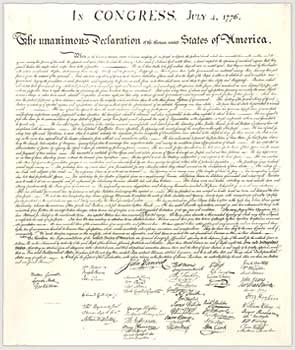 If you want a wonderful and "luscious" unfolding of the true Spirit of Independence Day- Go to Angel's site>>> WOW >>>
http://www.womanhonorthyself.com/
Posted by christian soldier at 8:03 AM 8 comments: